Congratulations to the award winning games and honorees of IndieCade 2018!

Bluebeard’s Bride is an investigatory horror tabletop roleplaying game based on the Bluebeard fairy tale.

The IndieCade Jury Prix is for a game the jury wishes to confer honor for separating itself from the pack through its craftsmanship, innovation, and /or design.

Kleptocrat is a unique game of strategy and tactics, based on real-life patterns of money laundering and offshore structuring that have been used by actual corrupt public officials.

The Game: The Game by Angela Washko

The Impact Award honors games that tackle or offer a method for discussing social issues in a whole new way, games that reach new areas or communities, or games that make a marked impact on the industry.

The Game: The Game is a video game presenting the practices of several prominent seduction coaches (aka pick-up artists) through the format of a dating simulator.

Innovation in Interaction Design honors the specialized craftsmanship and innovation necessary to get us to engage with games on a new level.

TendAR is a humorous, fun and provocative installation expanding the mythology of the TendAR app. The installation combines environmental storytelling, AR and emotion/face recognition technology.

Innovation in Experience Design honors the craft or design of the game that provides a unique, curated experience.

Asta Grande is a drop-in, drop-out crowd game for 30 people. It’s a pretend auction of legendary items mediated by a digital interface that is used by the auctioneer to present the lots and keep track of players’ objectives and funds.

Nishan Shaman by NEXT Studio

Innovation in Aesthetics Design honors a game which offers a unique, immense or sublime experience, be it visual, or by taste, touch, sound or some synesthetic combination.

Nishan Shaman is a rhythm game. The storyline follows an ancient tale passed down by ethnic minority groups in Northern China. Our protagonist, the Nishan Shaman, is a female shaman who delves into the underworld to rescue the soul of a young boy.

The IndieCade Choice Award is voted on by media and audience attending IndieCade Festival.

One Hand Clapping is a puzzle platformer that requires players to sing into their microphone to solve musical puzzles.

The IndieCade Developers Choice Award is voted on by nominated IndieCade Festival developers.

BlindFold is an area control party game where players take turns writing words on a sheet of paper and manipulating the sheet (through folding, unfolding, flipping, and tearing it) to ensure that only their own words are face up and fully visible during scoring. The catch however, is that players must take their turns while blindfolded!

I WAS HERE by Kate Smith

The iThrive Find the Kind Prize is awarded to the game that contains examples of kindness which go beyond mere dialogue choices and resource management, but which approach the idea of kindness thoughtfully and sincerely.

I WAS HERE is a first-person narrative walking simulator game where players get a voyeuristic and intimate look into the lives of others. 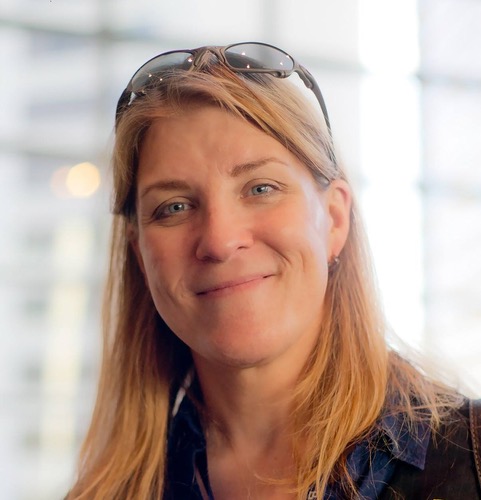 The Game Changer Award celebrates an individual who has impacted the gaming landscape in a significant way, a positive disruptor who has has brought a paradigm shift to our community.

Kate Edwards is the CEO and principal consultant of Geogrify, a consultancy for content culturalization, a Board Member of Take This, and is the former Executive Director of the International Game Developers Association (IGDA) from 2012 to 2017. In addition to being an outspoken advocate who serves in several advisory/board roles, she is a geographer, writer, and corporate strategist. Following 13 years at Microsoft, she has consulted on many game and non-game projects for BioWare, Google, Amazon, Facebook, and many other companies.  Fortune magazine named her as one of the “10 most powerful women” in the game industry and she was named by GamesIndustry.biz as one of their six People of the Year. In April 2018, she was honored with Reboot Develop’s annual Hero Award, and is profiled in the November 2018 publication Women in Gaming: 100 Professionals of Play. 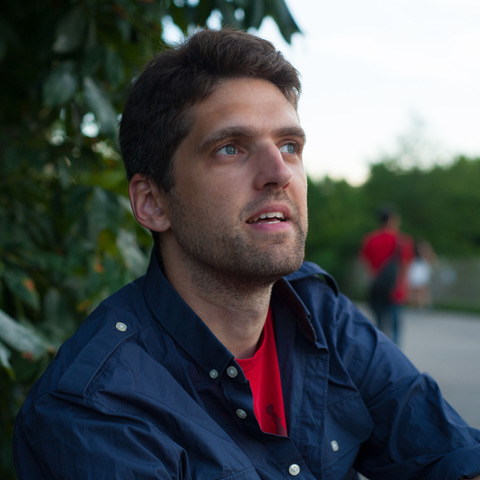 This annual honorary award was created in collaboration with Bernie DeKoven, to honor his legacy and to recognize individuals or organizations significantly furthering the field and impact of new, big, and physical games.

Douglas Wilson is a Lecturer at RMIT University in Melbourne, Australia, where he teaches and researches game design. Douglas is also a co-owner of Die Gute Fabrik, a small games studio based in Copenhagen, Denmark. He is best known for his award-winning motion control game, Johann Sebastian Joust, winner of the Innovation Award at the 2012 Game Developers Choice Awards. His work has been exhibited at festivals and museums around the world, including: MoMA, the Museum of the Moving Image, Hong Kong Arts Centre, SFMOMA, IGF, IndieCade, PAX, and Roskilde Festival.

WHAT THE GOLF? by Triband

A silly physics-based golf parody where every golf course is a new surprising type of golf, some brilliant or hilarious, others so absurd they will make you go: WHAT THE GOLF?

The IndieCade Europe Jury Prix is for a game the jury wishes to confer honor for separating itself from the pack through its craftsmanship, innovation, and /or design.

Baba Is You by Arvi Teikari

Baba Is You is a puzzle game where the rules you have to follow are presented as blocks you can interact with.

Carly and the Reaperman: Escape from the Underworld by Odd Raven Studios

Master platforming to avoid dangers, solve puzzles and build your way through the Underworld in this cooperative multiplayer game.

The Trailblazer Award is an honorary prize given by IndieCade every year to a working creator who has both made great contributions to the field of games and captures the independent and pioneering sprit. The award is for distinguished accomplishment over a career of creation, and recognizes those personalities without whom many of us would have never fallen in love with the field.

The couple have now stopped producing commercial titles to focus on Virtual Reality and artistic uses of computer technology with new projects like “Cathedral-in-the-Clouds” (2015-…) and “Cricoterie” (2017-…).

They live and work in Ghent, Belgium, with Ling, a grey cat.