Beyond Screens: Playable Theatre with Larping in Color

I’m a queer geographer writing about gentrification and queer life in Atlanta, Georgia. Throughout the last decade I’ve been a convention organizer, a starving academic, and an active larper. Currently, I’m a Director of Garden of Destinies LARP and the Director of Programs & Operations of Larping in Color. In both academic and non-academic spaces I’ve sought to increase accessibility and promote inclusion. In my free time (a hypothetical notion, really) I enjoy traveling, tabletop gaming, and ‘so-bad-it’s-good’ TV. 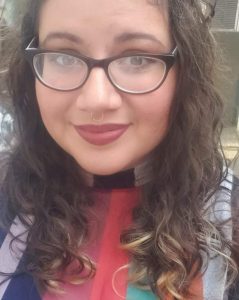 My name is Lawrence, and I’m a creative who likes to build things. I’m fascinated with the art and process of building something from scratch, and I love to find ways to express myself. I organize ‘The Pantheon LARP’ in Atlanta, and am the founder of LINC, an initiative to bring more representation for marginalized groups to immersive roleplay experiences. 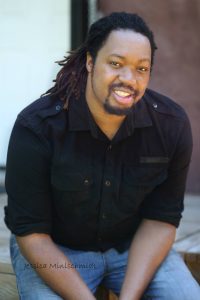 Caroline– or Caro (CARE-oh) for short– is a game designer, producer, and community organizer that lives and works in the Greater Boston Area. They are the co-Executive Director of Playable Theatre, a nonprofit that supports meaningful agency in live performance. They&#039;re also co-founder and Exec. Dir. of BostonFIG, a non-profit organization that dedicates itself to cultivating the next generation of game creators. Caro designs as Chief Creative Officer of Incantrix Productions, a game company that specializes in interactive theater events, and teach at Northeastern University in the College of Arts Media & Design and the Game Science & Design masters program. 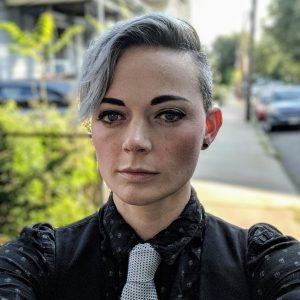