Chad Toprak is an award-winning experimental game designer and independent curator. He champions and encourages the making, gathering, and playing of experimental and physical games. He is a first generation Turkish Muslim immigrant based in Melbourne, Australia.

Chad is the Artistic Director of Freeplay, the world’s longest-running independent games festival. He is also ½ of Melbourne’s experimental videogame curator duo Hovergarden, and the curator of the Contours fringe games exhibition. Chad was named in Develop Pacific’s inaugural 30 Under Thirty list for 2018 and GamesIndustry.biz’s Game Changers 2020 list. He occasionally lectures into RMIT University’s Bachelor of Design (Games) program. 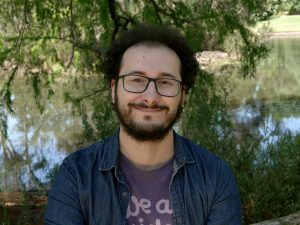 Helen Kwok is a multimedia artist and designer who specialises in creating playful installations, experimental games, and public play activations. Her creative practice often involves blending the digital and physical, crafting work that playfully extends beyond the screen.

Helen’s work has been showcased at festivals, conferences, and events locally and internationally; she was named a Freeplay Awards finalist in 2020, and recently graduated with a Master of Animation, Games and Interactivity at RMIT University. Helen is a first generation Hong Kong immigrant based in Melbourne, Australia. 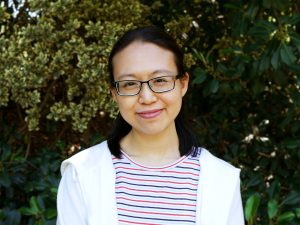