Beyond Screens – Big Games w/ the Society for Creative Anachronism

It’s been a loooong time since we all got to travel for fun — but if you’re still unsure about traveling to a different location, how about a different time? Join Greg Trefry and Debra Everett-Lane as we go back to the Middle Ages with the Society for Creative Anachronism. We’ll visit the Canton of Brokenbridge (aka Brooklyn) to chat with SCA members and check out a variety of medieval hobbies, from the arts to costuming to mock combat and more!

Albrecht Anker: My mundane name is Tom Sidman and I am a member of the Society for Creative Anachronism. I server as a Heavy combat fighter and recruitment officer for the local group. 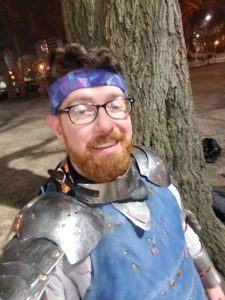 Catherine Strachan: Catherine is a member of the Society of Creative Anachronism, an international non-profit dedicated to the education and re-creation of pre-17th century history. Her primary hobbies are researching fashion history and fiber art. She also participates in fencing and performing arts. 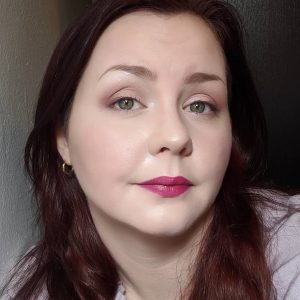 Hanya Vladimirovna Polotskaya: Learning and doing various crafts and sewing as a hobby in the Society for Creative Anachronism (SCA). Especially focused on Russian traditional embroidery. I am the Minister of Arts and Science in the SCA for the this area of the city. 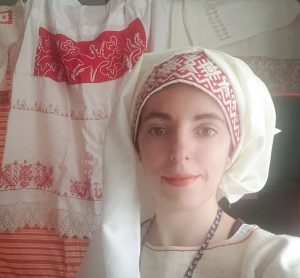 Edwin Latorre: Amateur carpenter and baker for the SCA 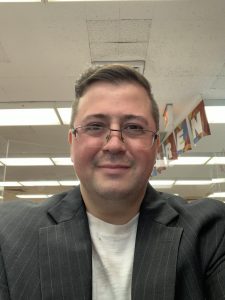 Ragnarr Bliskegg: Ragnarr Bliskegg (Austin Cantrell) has been in the SCA for 7 years. In the SCA he has discovered his love of heavy fighting, blacksmithing, and being a 10th century Viking. Ragnarr has recently become Seneschal of the Canton of Brokenbridge or the chapter leader for the borough of Brooklyn. He wants to continue making Brokenbridge a safe and fun environment for all citizens to play and be themselves, no matter what time period you wish to be in. 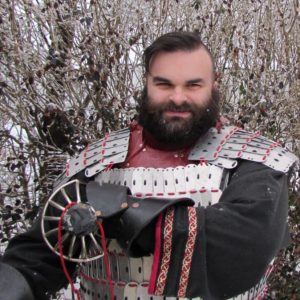