Braden Roy, co-founder of Ferryman Collective, is something of a jack of all trades. He has a background in film production, illustration, marketing, web development, audio production, game design and development as well as 11 years in information technology. He previously served as the writer, a producer, co-director and performer for the live immersive VR productions PARA and Krampusnacht. His current productions include Severance Theory: Welcome to Respite and En Route, the former of which he serves as a producer, performer and is responsible for VR adaptation, the latter a producer, art director and lead of mechanical design. 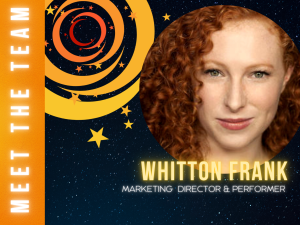 Whitton Frank is a voice, film/television and theater actor from Los Angeles. She was a principle cast member in the award-winning productions of The Under Presents, The Under Presents: Tempest from Tender Claws and acted in the live immersive VR productions PARA and Welcome to Respite VR. She is a graduate of Carnegie Mellon University and LAMDA, and is proud to have worked with many amazing theater companies in Los Angeles. She is a member of the VR theater production company The Ferryman Collective
My name is Lawrence, and I&#039;m creative who likes to build things. I&#039;m fascinated with the art and process of building something from scratch, and I love to find ways to express myself. I organize &#039;The Pantheon LARP&#039; in Atlanta, and am the founder of LINC, an initiative to bring more representation for marginalized groups to immersive roleplay experiences. 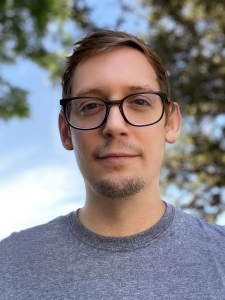 Deirdre V. Lyons began her VR work in two 180 films, The Willows and Freakin’ Weekend. She was part of the cast of The Under Presents, and The Under Presents: Tempest. Deirdre was also a principal performer in Finding Pandora X by Double Eye Studios. She is one of the founding members of Ferryman Collective currently working on producing live VR immersive experiences, she produced and performed in PARA and Krampusnacht, a finalist in the PGA Innovation Award, as well as The Severance Theory: Welcome to Respite which world premiered at the Tribeca Film Festival in 2021. 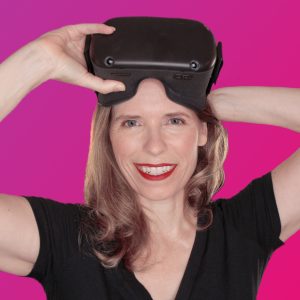 Stephen Butchko received his Bachelor of Arts degree in theatre from Western Washington university. After moving to Los Angeles, he began producing and performing in independent theatrical and motion picture productions with his wife Deirdre V. Lyons. Stephen recently made the transition to producing and performing in Virtual Reality in PARA and Krampusnacht and is a co-founder of Ferryman Collective. Stephen is a co-producer and performer in the CoAct/Ferryman Collective VR adaptation of The Severance Theory: Welcome to Respite, an immersive theatre experience inspired by people with Dissociative Identity Disorder which had its world premiere at this year&#039;s Tribeca Festival.
Clara Fernandez-Vara is a game designer and writer. She is Associate Arts Professor at the NYU Game Center, and co-founder of Fiction Control, a narrative design company. Her area of expertise is narrative in games and how it can integrate with game design, which she has explored both in games for research and in the commercial sphere for companies such as Warner Bros. the Spanish National Ballet, Big Fish Games, and Die Gute Fabrik. Her book Introduction to Game Analysis is now on its second edition. 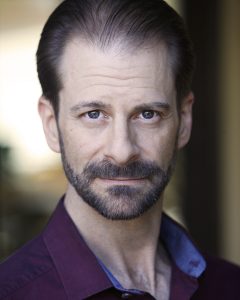