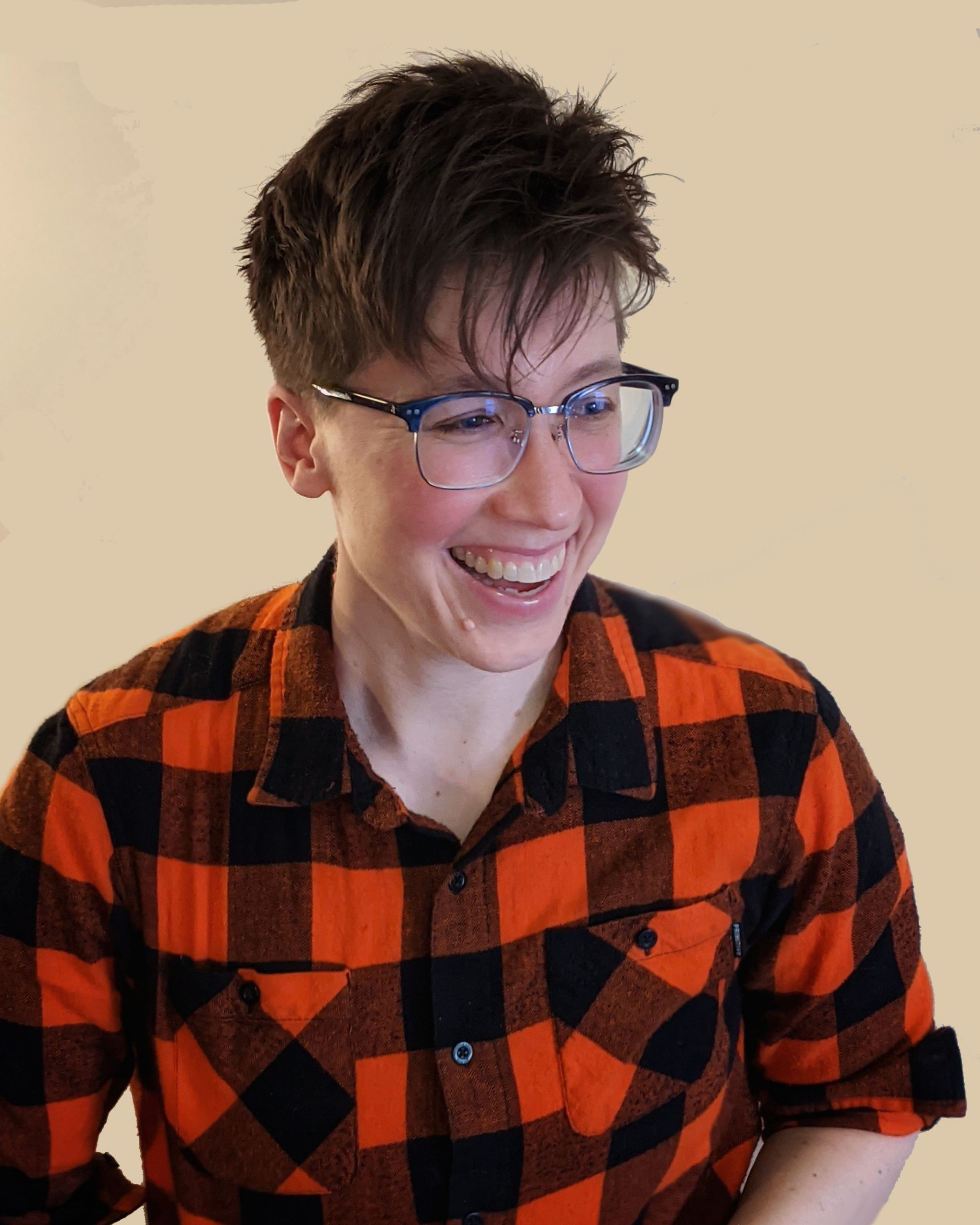 Nat Mesnard is a published writer and game designer based in NYC, where they teach Narrative Design and Game Design at Pratt Institute and co-host a podcast on apocalyptic books, movies, and games, Queers at the End of the World. Nat designs tabletop games as the “Noodle” of Oat & Noodle Studios, and released a high-concept TTRPG, Business Wizards, with 9th Level Games in 2020. In video games, Nat has taught Unity dev and created game making curricula for E-Line Media, the studio behind Beyond Blue and The Endless Mission.