RPGame Changers – All My Exes Are in Mechsuits by Anna Anthropy

All My Exes are in Mechsuits is a role playing game for exactly three players.

Imagine a mech anime series, full of heated battles in the cold of space, unforgivable betrayals, and shocking revelations far from home base. In Exes in Mechsuits, we play through a single episode of that anime that contains all three: The moment the pilot meets someone important from their past – flying for the other side.

Aki and Collin will be joined by creator Anna Anthropy and guest player MoxReuby!

Anna Anthropy is a game designer, author and educator. Her latest game is I Love You, Alive Girl, a cyberpunk epistolary RPG released as part of the Hibernation Games anthology, and her newest books are the Make Your Own Games! series of kids’ books from No Starch Press. She teaches game design in Chicago, where she lives with her familiar, a little black cat named Encyclopedia Frown.
Learning and doing various crafts and sewing as a hobby in the Society for Creative Anachronism (SCA). Especially focused on Russian traditional embroidery. I am the Minister of Arts and Science in the SCA for the this area of the city. 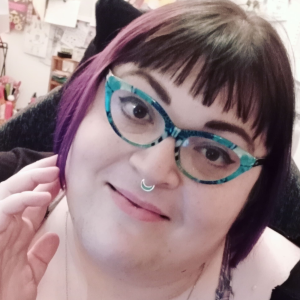 Reuben Bresler (@MoxReuby) is a gaming content creator and voiceover artist in Los Angeles. He is one of the cohosts of the popular Magic: The Gathering talk show Magic Mics, and he is the DM for the D&D live streamed game The Broken Pact on the D&D official YouTube channel. 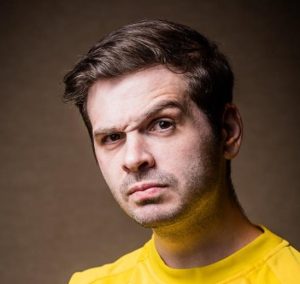 RPGame Changers is a celebration of the greatest tabletop roleplaying games in IndieCade’s history! Join hosts Aki and Collin Kelly as they invite the game designers themselves to run the very games they’ve made, joined by an exciting cast of rotating guests – discover your new favorite game, from the designers who have changed the game!